In December 2019, Beth Dever from BRicK and Robyn Sandys from NWHP attended the first official meeting of the Metropolitan Mayors Caucus' Age-Friendly Communities Collaborative The meeting included representatives from numerous Chicago-region communities, and featured discussions on local, state, and federal policy updates and senior initiatives in Arlington Heights, as well as the CAPABLE project.

The CAPABLE program continues to accept new clients, and it recently expanded its service area to include Bellwood, Berwyn, Cicero, and Maywood. Robyn Sandys, Executive Director of the North West Housing Partnership, appeared on the Mighty House radio show in October 2019 to discuss CAPABLE.

Luncheon discussion on housing, development, and equity hosted by Housing Opportunities for Women

On Thursday, October 17, Housing Opportunities for Women (HOW) will host a luncheon featuring a panel discussion about housing, development, and equity. Robin Snyderman from BRicK will serve as one of the panelists at the mixed fundraiser/educational event that projects 100-150 attendees from corporate and individual sponsorships and ticket purchases. Other panelists include Katrina Van Valkenburgh from the Corporation for Supportive Housing and Tony Smith from PNC Bank, with HOW Board President James Fox of North Wells Capital moderating. The event is scheduled to take place at the Ivy Room at Tree Studios in Chicago from 11:30 a.m. to 1 p.m.

In Kansas City, MO, the city’s Neighborhood Housing and Human Relations Departments will hold a public Fair Housing and Equality Summit. National and local housing experts and speakers from the NAACP will present and run workshops on fair housing, homeownership, housing mobility, Section 3 programming, barriers in the housing market, and more. Representing BRicK Partners, Robin Snyderman will speak during the housing mobility section about providing technical assistance to ensure fair access to housing and promoting inclusion in high-opportunity areas that are proven to have better life outcomes for residents.

The summit is free to attend and includes parking and lunch, but attendees must pre-register by calling 816-513-3213 or emailing tawana.woodard@kcmo.org. Registration with continental breakfast begins at 8 a.m., and scheduled programming runs from 8:30 a.m. to 3 p.m. at the Kansas City Convention Center, Lobby 2200 located at 301 W. 13th St.

Karen Muchin of BRicK Partners spoke on a panel at a breakfast event for investment professionals interested in learning more about Opportunity Zones. Other panelists included Ben Bornstein from Arctaris Capital and Matt Reilein from the National Equity Fund.

The federal Tax Cuts and Jobs Act of 2017 created the so-called Opportunity Zones to encourage investments in low-income communities across the country to create jobs and businesses and to foster economic growth through tax incentives. Karen and the other guest speakers were invited to cover the reasoning for the creation and location of the Opportunity Zones, economic incentives, types of investments, and community impact. Read more about Opportunity Zones here. The Chicago SRI/ESG meetings pull together investors interested in socially responsible investing (SRI) and environmental, social, and governance (ESG) factors of investment. The informational events occur once every quarter and are free to attend.

On April 5, the new Illinois Attorney General Kwame Raoul and his staff joined BRicK Partners, a number of the original program Advisors and awardees, and other state leaders and national experts to review outcomes and lessons learned from the Community Revitalization and Housing Counseling Program.  Particular attention focused on maintaining the momentum of this work and its tremendous overlap with Illinois’ Opportunity Zones. Slides used at the event are available here, and copies of the official report are available on our Write-ups page.

BRicK Partners is helping manage the RHI initiative with the region’s public housing authorities and other key partners. Launched by the Metropolitan Planning Council as a pilot more than 10 years ago, RHI is now moving forward under the leadership of the Chicago Metropolitan Agency for Planning (CMAP). In 2011, HUD funded a three year initiative focused on refining and expanding RHI, and now those lessons learned continue to be institutionalized as new tools to support CMAP’s GoTo2040 Plan. The final report on the pilot has been completed and submitted to HUD, and you can click here to download the report. Applications are rolling, except those pursuing RHI support for the State’s LIHTC Program. Applicants also seeking 9% LIHTCs for 2018 should email info@brickllc.com ASAP, and/or call Robin or Karen at 847-268-8633, to discuss the March 1, 2018 LIHTC application. Click here to learn more about RHI. 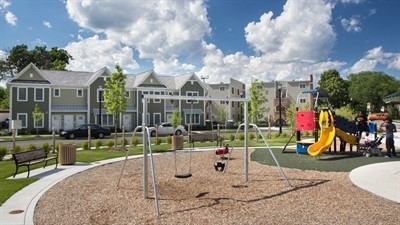 The New York University Furman Center hosted a forum "By the Numbers: Concentrated Poverty." BRicK’s Robin Snyderman served as a panelist discussing poverty and its spatial concentrations. The program ran from 4-6pm EST with a reception following from 6-7:30pm EST. Click here to see the video.

The annual Governor’s Housing Conference, co-hosted by the Illinois Housing Council and Illinois Housing Development Authority, will be held at the Hyatt on March 13 and March 14th. BRicK’s Robin Snyderman will serve as a panelist in the Policy Session on “Valuing Affordable Housing: The Impact and Benefits” from 2:30 to 4 on March 14. Click here to learn more.

As the Twin Cities LISC office hosts its fourth community forum on “Getting the Big Picture Right,” BRicK’s Robin Snyderman will serve as a panelist related to Mixed-Income and Transit-Oriented Development. Click here to learn more.

Karen Muchin of BRicK Partners moderated a panel to discuss the current outlook of the Low Income Housing Tax Credit (LIHTC) program and investor market during these times of uncertainty at the Illinois Housing Council's Networking Breakfast on 1/26/2017.

The Brookings Institution's Confronting Suburban Poverty in America, One Year In

In celebration of the one-year anniversary of the publication of Confronting Suburban Poverty in America, the Brookings Institution began publishing a series of practitioner briefs and case studies to provide a toolkit for practitioners across the country. Click here to access one of the briefs, written by BRicK Partners' Robin Snyderman and Beth Dever, exploring the achievements of the two suburban housing collaboratives in Chicago's south suburbs and west Cook County. Click here for the Brookings Institution blog post highlighting lessons learned from leading innovators on confronting suburban poverty. 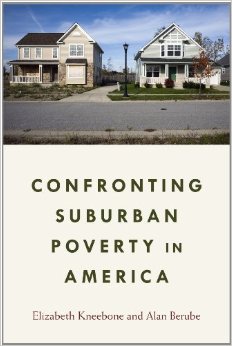 Karen Muchin and Robin Snyderman are assisting the Illinois Attorney General and her Advisory Council in facilitating this portion of the Illinois Bank Foreclosure Settlement program.

On July 17, 2013, Attorney General Lisa Madigan released this announcement and this more detailed report on organizations and entities awarded funds through the December 21 Request for Qualifications and Proposals. For more information on the July 17th press conference with the Attorney General, click here. Many of these awards are already up and running. For more information on next steps, please don't hesitate to call or email.

Looking Back: Out and About